An Introduction to Malaysian Food

An Introduction to Malaysian Food

Malaysia is a country with rich culture. The population is made of mainly Malay, Chinese and Indians while the Borneo sub origins made out the most of west Malaysian population. Malaysian food, of course is very much reflective of the diversity of the people staying here. Located at the Southeast Asia, Malaysia is in between Thailand and Singapore while West Malaysia is next to the Sulawesi and Philippines.

It doesn’t take an adventurous traveler or food enthusiast to appreciate Malaysian food. There are just so much to choose from, whether traditional or modern cuisines, deem to satisfy the choosiest tastes buds. The staple food in Malaysia is rice, just like the other Asian countries. Due to its sunny weather all year round, fruits and vegetables are in abundance while meat, poultry and seafood is inexpensive and readily available. Malaysian food, just like its people, is divided into Malay, Chinese and Indian and is still prepared by their own unique ways.

Indian food, on the other hand, has very much integrated northern Indian and southern Indian cuisines when they reach Malaysian shores. Popular for their curries, banana leaf rice and breads such as chapati, naan and roti (prata in some countries). Indian food has also been assimilated with Malay food through their mix marriages of Indian Malay. The resultant is Mamak food, which cannot be found in India, itself. Examples are like teh tarik (tea with milk), murtabak and rojak (mixture of fruits with peanut sauce).

Chinese food, like Indian food, has been assimilated with local cuisines. In China itself, Chinese are divided into so many provinces namely the Cantonese, Hakka, Hokkien, Hainan, Teochew and so forth. In Malaysian, Cantonese food makes the most presence with its stir fry and steaming method. Chinese dishes such as dim sum, sweet and sour dishes, char siew (sweet barbecued pork),bak kut teh (herbal soup) are a few popular dishes. Steamboat or fondue is also widely available and can be a great experience.

There is no denial, Malaysia is a food heaven. Restaurants open very early through wee hours in the morning. There is food for every budget. Sometimes a hearty meal come with a small price, yet does not compromised on varieties. Head down to street stalls in Kuala Lumpur, the capital of the country and you will know what I mean.

Top 6 family experiences in Japan Both children and adults will love the thrill of this futuristic, high-speed travel. Not only is riding a bullet train exciting, it’s cost effective too — private drivers can be expensive in Japan, but the coverage and reliability of the network allows you to explore the country in comfort...

Emilia Romagna, The Food Capital Of Italy Italy is the culinary capital of Europe. I’m sure the French and Spanish would argue that point but they wouldn’t win. The British and Germans certainly wouldn’t argue. Within Italy there is roughly twenty individual regions and each one has a different outlook on food. A pasta dish... 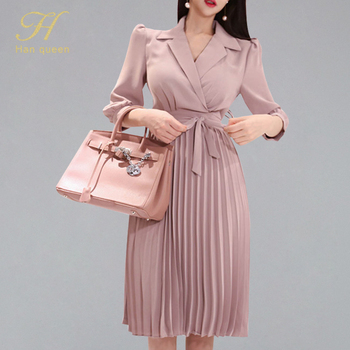